NATIVE AND DELICIOUS:
The local berries of Rio de Janeiro

Ever heard of a Brazilian native cherry? Ever savored uvaia jam? For most people the answer is probably “no.” But for Marcio Schittini and George Braile of Tiferet, and Paulo de Abreu e Lima of Estilo Gourmand Innovation - companies based in the state of Rio de Janeiro, Brazil, these berries which are native of the Brazilian Atlantic Rainforest will no longer sound exotic for consumers. In order to make these berries as well known as any other fruit, Abreu e Lima, Schittini and Braile are drawing out a map identifying locations where these native fruit grow abundantly or regions where they can be grown to satisfy commercial demand. 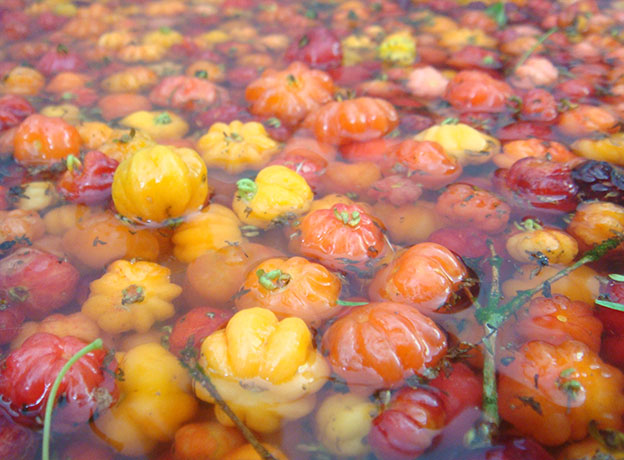 
Atlantic Rainforest is an untapped source of surreal ingredients, flavors and wealth. There are species of native fruit that consumers have barely heard of and for this reason are considered exotic and remain unexplored. This is the case of cambuci, cambucá, Brazilian native cherry, and of pitanga, jabuticaba, uvaia and araçá, as well. These fruit are simply our own native berries, Rio de Janeiro indigenous cherries, and are especially well-suited for the production of jams, ice creams, juices, sauces and as ingredients in 100% local dishes”. 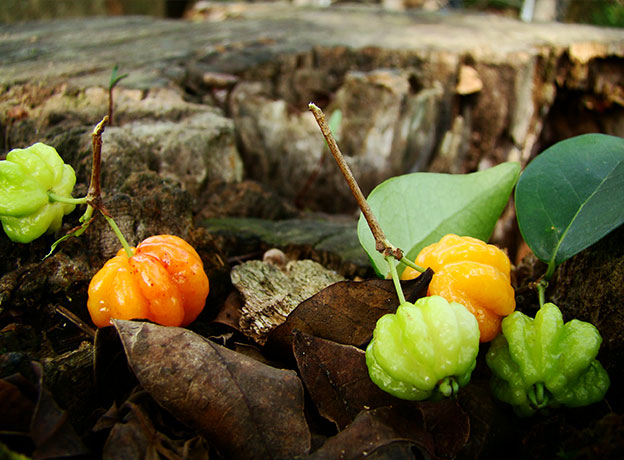 In order to identify areas ripe with potential Abreu e Lima carried out an extended research in areas of the Atlantic Rainforest in the states of Rio de Janeiro, Espírito Santo, São Paulo and Minas Gerais. “In Brazil, towards the end of the year, we usually buy tons of cherries grown in Chile. However, few people know that we have cherries in our own backyard that are as tasty or even more so than imported ones,” he comments in reference to Eugenia brasiliensis, a berry that in the past in the countryside was popularly known as grumixama. He is also partial to the flavors of cambuci, which nicely balances sweetness and sourness, and uvaia, which resembles a small pear, both in shape and aroma, although its texture brings fresh mangos to mind.

After identifying areas with the greatest potential, the quality food research team have visited and contacted local farmers and offered assistance in planting organic orchards and developing business plans. “In the beginning, some producers are hesitant in others join us in our enthusiasm once they find out there are guaranteed buyers for fruit that previously were not directed to the market.” According to these entrepreneurs, acknowledging the value of these native Brazilian berries is also a way of supporting small rural farmers. “In this sense, we provide training and the possibility of improving sustainable agricultural practices transforming these producers into professional suppliers of fresh fruit for industrial use.” 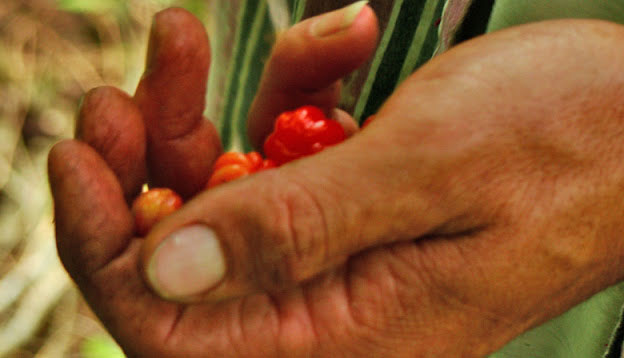 Despite their abundance throughout the Atlantic Rainforest the native berries are not extensively cultivated. “In the Varre-Sai region, in northwestern Rio de Janeiro, for example, we met several farmers who are excited to expand their plantation of jabuticaba and discovering new cultivation techniques. In Quissamã, in northern Rio, however, despite the fact the region presents adequate conditions for brazilian cherries, farmers still believe there won’t be enough consumers as this fruit has been ‘forgotten’” Abreu e Lima points out.


In partnerships with international groups, the Ministry of Agriculture of Brazil and local farmers interested in investing in native berry cultivation Estilo Gourmand Innovation is kicking off a 15-year agricultural project for organic management for the cultivation of pitanga, jabuticaba, cambuci, uvaia, and, of course, our own Rio de Janeiro cherry. “Instead of monoculture, which for us would be almost like going back in time, we are placing out bets on native berry diversity. We have a total area of 5 to 10 thousand hectares in the state’s mountainous Região Serrana. To this end we are being supported by researchers from the Ministry of Agriculture in order to work on the genetic improvement of some of these fruit, as the cambuci for example,” says Abreu e Lima. He also explains that, as it is originally from the state of São Paulo it is still not a non-domesticated native species, which can be purposed for production on a larger scale.


“The project’s goal is to expand production in four years time to 100 thousand hectares in different parts of the state of Rio de Janeiro: lands at mid-range altitudes, such as those in Vassouras and Quissamã, for example, are suited for pitanga; Varre-Sai favors jabuticaba, while Petrópolis, Teresópolis are adequate for grumixama and cambuci can be planted along the border with São Paulo, preferably close to the town of Mogi das Cruzes.


The fact is that entrepreneurs are making their investments based on what they have learned through their own experience. To take a pulse of consumer taste, the group used jams in blind tastings with gastronomes and restaurant owners. “We tested pitanga, araça, jabuticaba, uvaia, Brazilian cherries and cambuci, along with other well-known fruits: guava, plum, orange and blackberry. The result was that this consumer segment is not only willing but curious to taste new flavors.”

Meanwhile, as samples of these new / old flavors are being perfected – both in flavor and composition, since conservatives are to be avoided - the company is also set to start industrial production. Initially, two to five tons of quality local jams will be produced. This will ensure that a significant volume of native berries in their natural state will be purchased from suppliers. “At this stage we will not be able to buy greater volumes due to the scarcity of plantations. Our goal is to create an incentive for new producing areas in the state. By commercializing products with higher added value, we aim to contribute to the sustainable development of fruit-producing communities. Initially we hope to conquer the local state market, in the future we plan to direct part of the production for export, as there is a market abroad eager to discover new Brazilian authentic flavors.”

According to the food researchers, stimulating consumption of these new products will provide a significant incentive for local fruit production, with jobs being created in the countryside. In support of his belief he cites data collected in recent studies: “According to ApexBrasil [a Brazilian Export Promotion Agency], the Ministry of Development, Industry and Foreign Trade, the market for organic products has increased annually by 10% in Brazil and 20% abroad. The market for low calorie or diet products in Brazil encompasses at least 30 million people and the income of companies in the sector has grown almost nine fold in the last years. 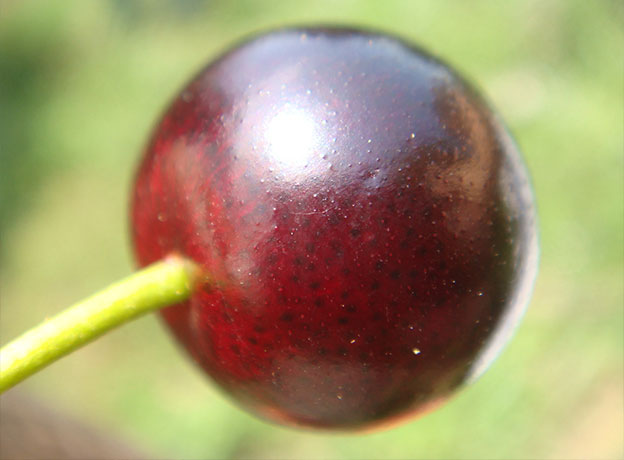 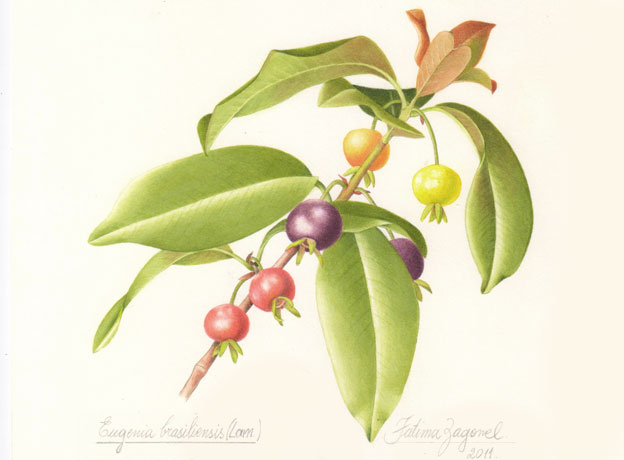